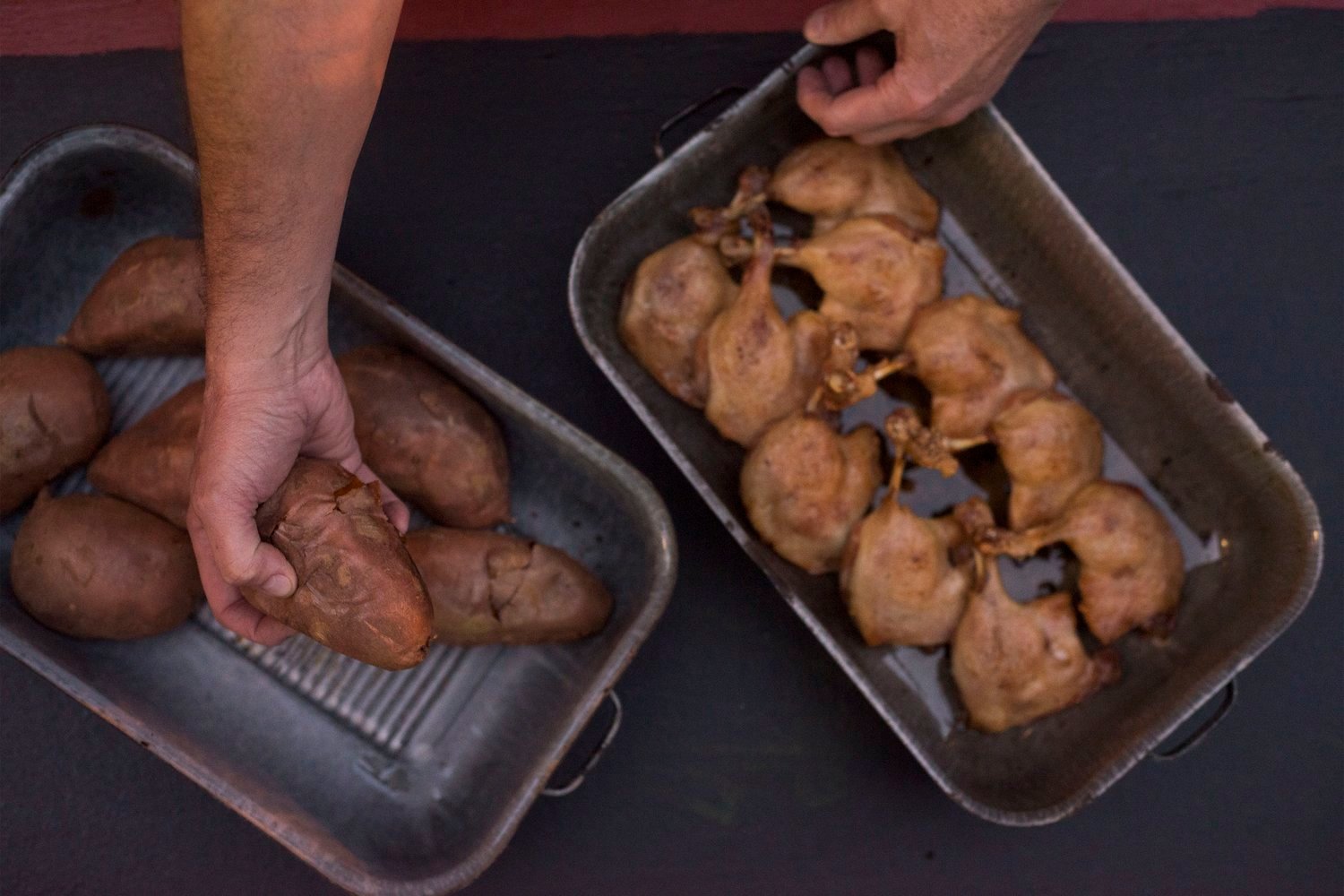 Where Chef Marion Ohlinger grew up, “it wasn’t Christmas without mincemeat pie.” But what most people know as “mincemeat” is not the traditional kind. That blend of dried fruit, spices, sugar and nuts is a revision.

What’s missing? Pig brain. That’s the key ingredient in a traditional mincemeat pie. “Brains are sweet,” said Chef Marion, one of Culineer’s exclusive Recipe Creators. “They used brains in desserts and other sweet things before people stopped eating things like that.”

What enters your mind when you hear this? Do you even know what a pig’s brain looks like? Maybe you’ve never tried pig brains, and you’ll refuse it to the grave. Free country. But today, for just one moment, we ask you to humor us…

Why are so many people appalled by eating pig brains?

The answer seems obvious at first. According to Chef Marion, though, “If you eat [drive-thru], you’ve eaten a lot worse than pig brain.”

On second thought, he’s right. People have eaten pig brains for thousands of years. We know what’s in them, and we know they sustain us. Fast-food chains have been around a little over 50 years.

We still don’t know the consistency of the “pink sludge” hidden in the burgers. Why doesn’t fast food get nearly the same reaction as brains?

“It’s interesting to see how people process this information,” said Marion. “What you get is a lot of people literally rejecting the idea that a) they’ve already eaten these things without knowing and b) it’s good and healthy and normal.”

The question goes deeper than you think, with world-altering consequences. It’s a lot to do with a knowledge-gap between local, city and suburban households on what is “healthy.” A thing both Chef Marion and Culineer want to help solve.

Marion grew up on a farm in West Virginia.

“I grew up raising livestock, butchering our own animals, making our own ham and bacon, grinding our own sausage. It would be disingenuous to say we didn’t buy from grocery stores, but there wasn’t a supermarket within an hour of us. We largely raised everything ourselves, and it carried over into our restaurants over the years.”

His entire life was about preparing, cooking and eating livestock nose-to-tail. Over the last three decades, he’s taken that philosophy to several restaurants, sometimes putting a modern spin on classic Appalachian food. Other times, he stuck to the basics.

His story is one of mixed success. But really, anyone in the restaurant business will tell you that some success, however temporary, is the most a chef can hope for.

“They say seven years is the profitable age of a restaurant,” said Marion. “I also think it’s the creative age. From there, they start repeating themselves.”

Marion has revised his craft many times over the last several years, with some staples throughout. He’s passionate about his Appalachian heritage, but he also understands the need to adapt to new styles and tastes.

The last restaurant he opened was called Hill & Hollow, serving “Classic Neo-Traditional Appalachian” cuisine. Before that was Richwood Grill in Morgantown, which Marion calls “Modernist Appalachian” food. They would offer seasonal dishes like kimchi made from hand-picked cattail chutes or biscuits-and-gravy ice cream. “We decided to take the food I grew up on and present it through a modern view,” he said.

In short, Chef Marion is adaptable. Though, “adaptability” for chefs has taken a different form in recent years. “Mixed success” in the restaurant world looks more like “mixed failure” after the Great Recession of 2008, then COVID lockdowns in 2020. Meanwhile, tastes have widely shifted from local foods to processed chain food, making it difficult for local restaurants to come back.

So, Chef Marion’s pivot looks different this time. Instead of trying to find a style of cuisine to suit the era, he’s putting most of his focus on educating people who haven’t been raised on a farm. He’s teaching them to love real food again. But it’s going to take some work.

The Definition of “Food” Is Changing

After 2008, Marion turned his fine-wine-and-tablecloth restaurant entirely farm-to-table. Almost everyone begrudged big business at the time, so cutting corporate America out of their supply chain worked.

“15 years ago,” he said, “we were uncompromising, militant about being local, farm-to-table. And people loved it. They loved the fact that they couldn’t get Coca-cola or anything like ketchup or mustard in a condiment bottle.”

Unfortunately, it didn’t last long. The anti-corporate flame fizzled out, and people were back to their big-brand habits shortly after. “People would literally leave because you didn’t have a Diet Coke, get up from the table and go somewhere else.”

As with many farm-to-table restaurants, this resulted in a minor concession. “Two years ago, we let Coca-cola in. We never served soft drinks before, but we had to. We needed the money; it was getting harder all the time…so we said, ‘I can’t do this anymore’.”

Sadly, this is not a unique story. Restaurant owners often start out with the best intentions, wanting to give their patrons the most wholesome, seasonal meals the region can offer. Then, Chili’s moves next door. Olive Garden moves across the street. And finally, Applebee’s buys you out of the property you were leasing.

“We found there was a real disconnect with customers, understanding what we were doing and the old school Appalachian dishes we were featuring. They had no point of reference for these things. We realized we were losing people,  because they had no clue what we were doing.”

It wasn’t only that people didn’t appreciate “old school” food. Marion noticed the definition of “food” appeared to change.

“Our homemade bacon that we’d age and smoke ourselves from local pigs – people used to say it’s the best they’ve ever had. In the last few years, more young people say it’s not bacon. Only thing they’ve ever had is that pickled pork, artificially smoked stuff from the grocery store.”

Marion says a lot of this change has to do with regional lifestyles. “When I was a kid, most folks still knew somebody that lived on a farm. People were in touch with where their food came from. Most folks now don’t know anyone that has a farm and they’re not in touch with these things.”

It all screams one thing: consumers are unsure of what they want, so they go for what’s right in front of their nose. And often, you’ll find that thing claims to be “healthy” or “farm-to-table”, even when it’s not…

Why buy local food when you can go to a chain for half the price? The easy answer is that you know the story of that food - where it comes from, how it was handled, and where it’s going. That makes it “better for you”, by default, because you’ve eliminated a heap of mystery that comes with chowing on whatever meat pops in front of you.

A modern definition of “healthy” doesn’t take this into full account. Most people think of “healthy” as the list of vitamins and minerals on the side-label. Nevermind that it was chemically engineered in a lab.

“If you use things that are fresh and seasonal, they are healthy,” said Marion. Simple as that.

It gets more complicated when “farm-to-table” becomes a trend, however. In no time, words like these transform to a branding slogan adopted by restaurants, local or not, to bring people in the door. “Suddenly everyone’s farm-to-table,” said Marion, “but they’re not - they’re buying a little bit of local stuff and saying it.”

Because most of us lack an understanding of what’s  “local”, we get duped into thinking a restaurant is “farm-to-table” because they happen to source local green beans once in a while.

This is what we’re talking about when we describe the knowledge gap between city, local and suburban consumers. People from the country are exposed to local farm foods. People from the city gain exposure to a variety of ethnic foods, also conscious of their origin. But...

“People in the suburbs get neither cool, regional ethnic foods nor local foods. Chain everything. And America’s getting to be more suburbs than anything.”

In a growing, chain-dominated, suburban landscape, our tastes un-latch from reality. We get lazy, and we lose track of what’s going inside our bodies. Starbucks wins an award for “best local coffee shop,” and fewer actual local coffee shops are less enticed to compete.

These are all our economic and health problems rolled into a single issue. We need to start thinking about health and distance in terms of where the food is sourced. And that requires us to start thinking smaller.

How We Think About Food

With his background in modern gastronomy as well as historic, local delicacies, Chef Marion straddles the line between past and future. Now, more than ever, he believes it necessary to look “far backwards but also progressively forwards.”

Rather than reinventing the wheel, we can go back to the basics and discover how we’ve related to food for centuries. Technology like Culineer can help us do that.

Of course, technology hasn’t always been our friend. We’ve misused it to the point of completely siloing ourselves from each other. Gone are the days of watching the same two or three television stations, everyone on the same “media diet.” Today, we’re scattered with different opinions, with little overlap person-to-person.

But technology can also provide an out. Marion calls it “a progressive solution that can educate and guide us back to our roots.” Instead of dividing us over disparate media, it can connect us around eating and cooking more sustainably, regionally and seasonally.

“What I like about Culineer is this is something we’ve been doing for the last 20 years with Slow Food West Virginia and WV Cooks. Having a farm-to-table restaurant is getting people back into the kitchen, cooking things that are seasonal.”

Culineer lays the infrastructure for a local farm to become the “hub,” more easily discovered and closer within the customer’s reach. Communities can grow around the entire food assembly line, as has been the case for millennia, instead of around blind consumption.

It’s hard to articulate all the benefits of this. But here are a few…

That’s still far from half of it.

So What of Your Reaction to Brains?

You might still avoid pig brains after reading this. But you have to at least admit that any revulsion tells an interesting story about how our environment can affect our preferences. We can easily be coaxed into turning our own brains off when spoon-fed meals from who-knows-where.

With Culineer, we want to make it a little easier to stay on track. More than that, we believe most people would really enjoy local, seasonal food again if they could rediscover where to find it and what to do with it.

Said Marion, “I feel like trying to revive Appalachian food ties into our desire to revive real food in general. But there’s so much being erased that was out there before: blood sausages, brains, marrow bones. I believe in “waste nothing.” Marrow is super high protein, super high fat, good fat. Few eat it, but they don’t know they’re scraping it into the chicken nuggets at the factory.”

For Chef Marion, education is a top priority. Likewise for us. The unique thing about Culineer is that, rather than any single educator, it lays the ground for communities to educate each other again in the most organic way possible.

Pig brains or no pig brains, we could all use a little more of our brains to collaborate and explore the possibility of local community. 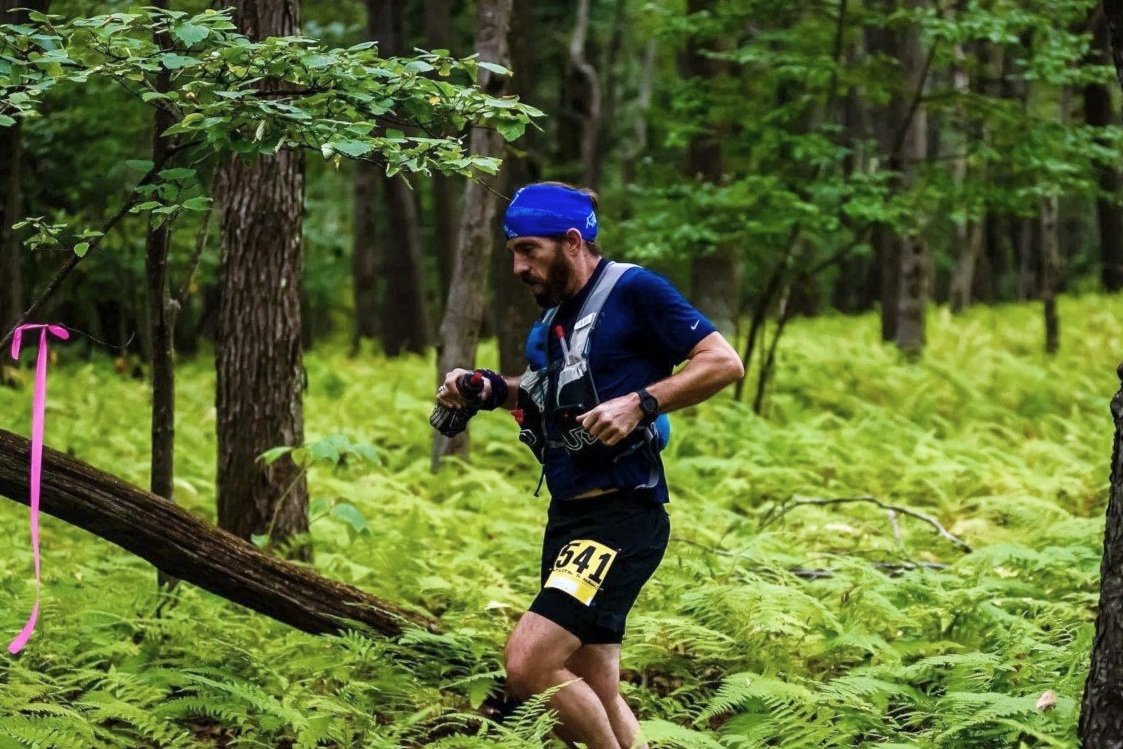 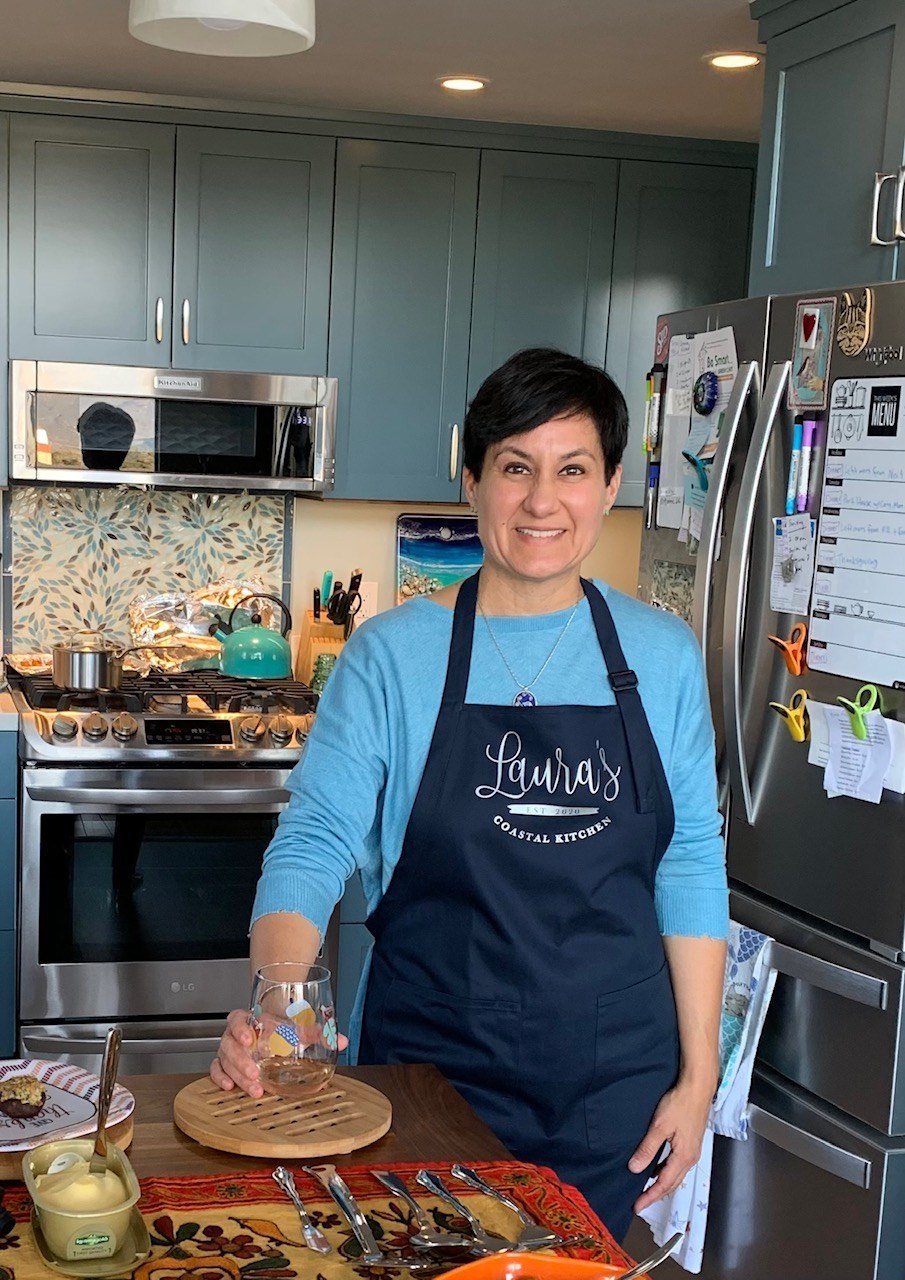 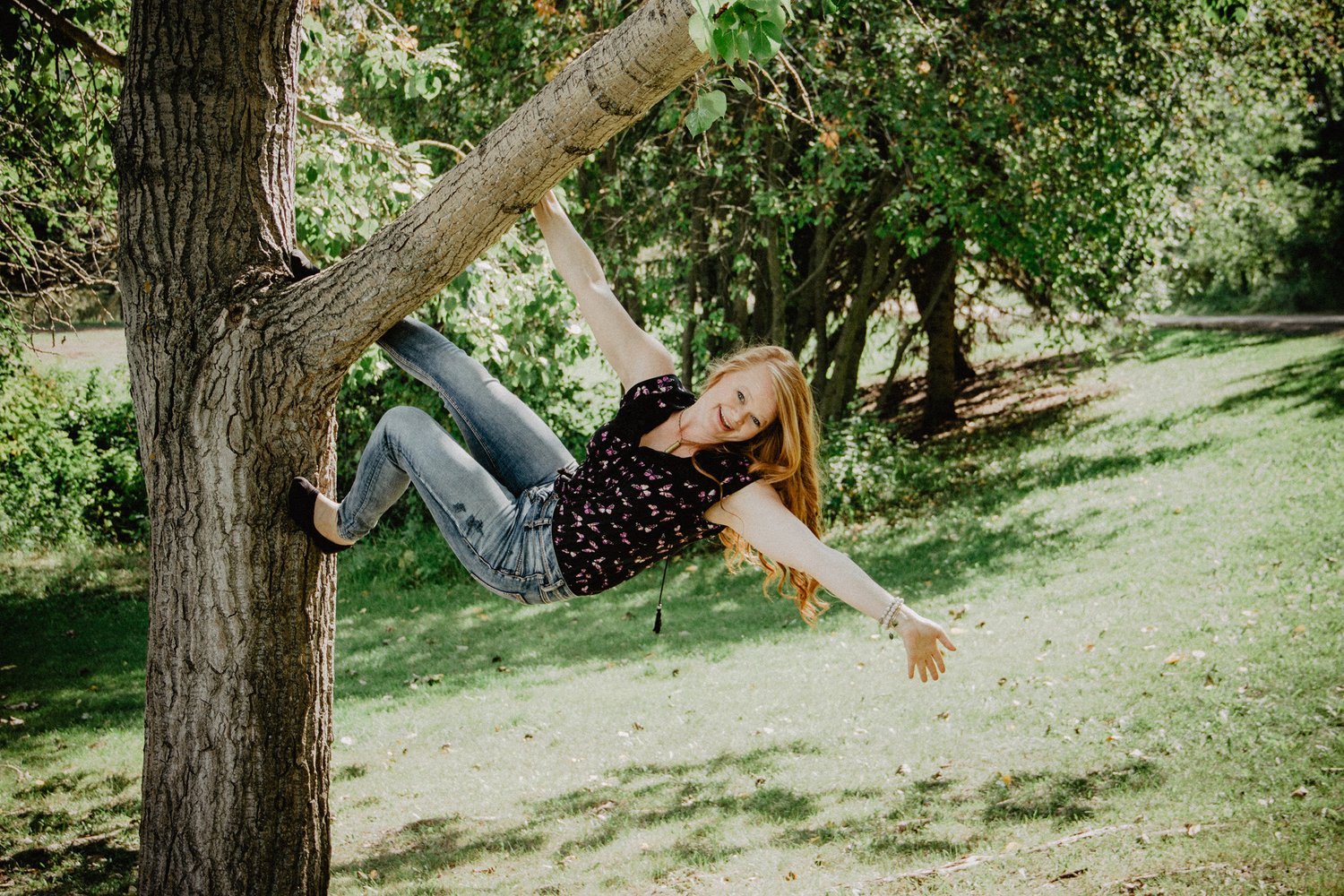 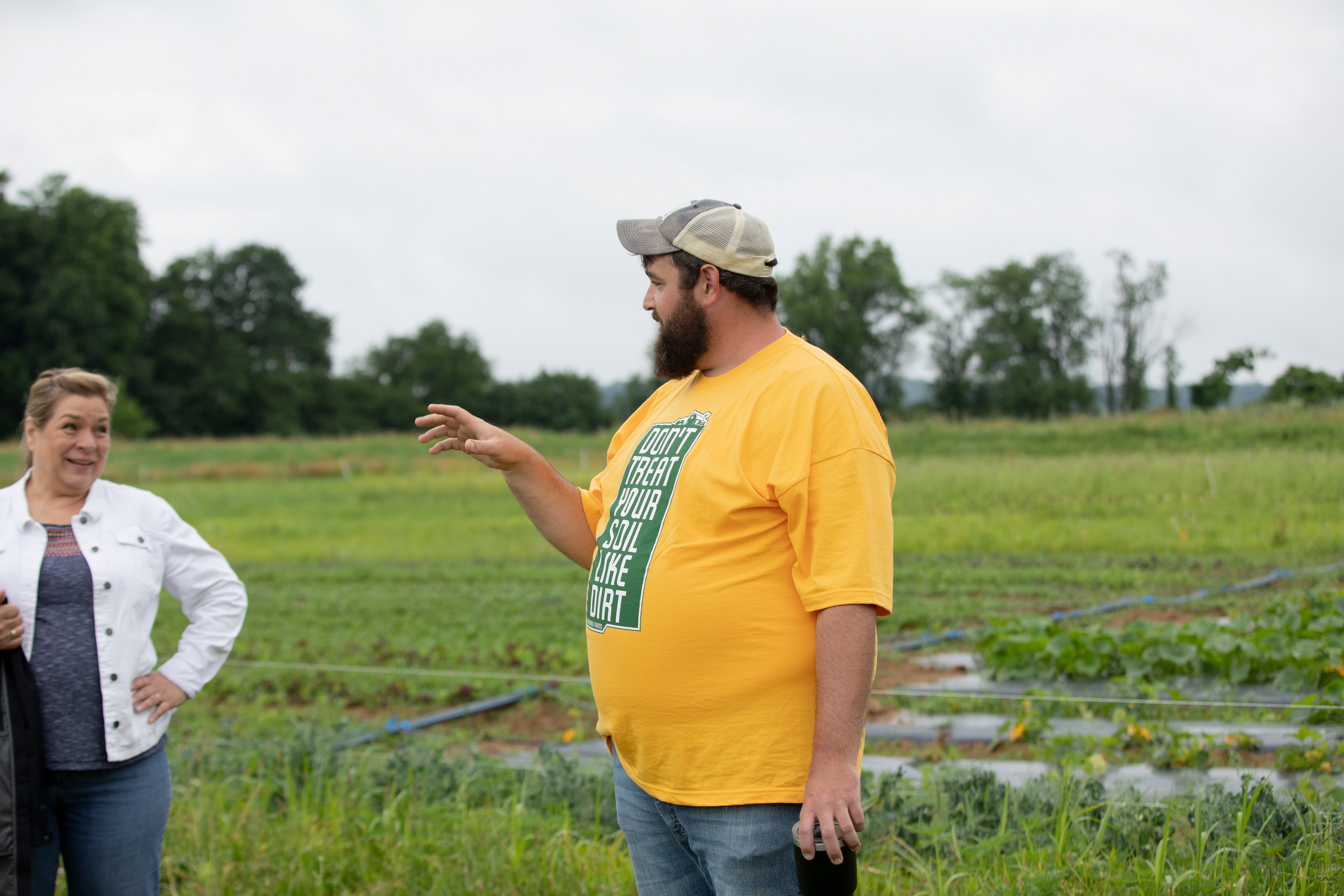 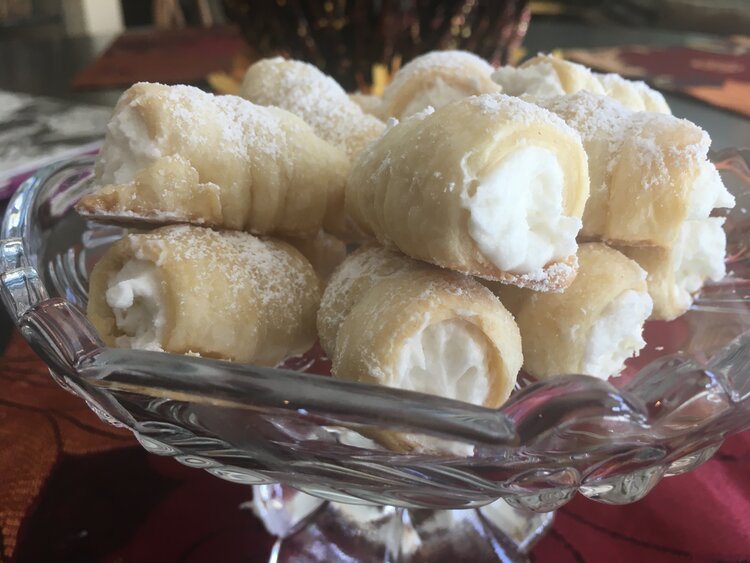 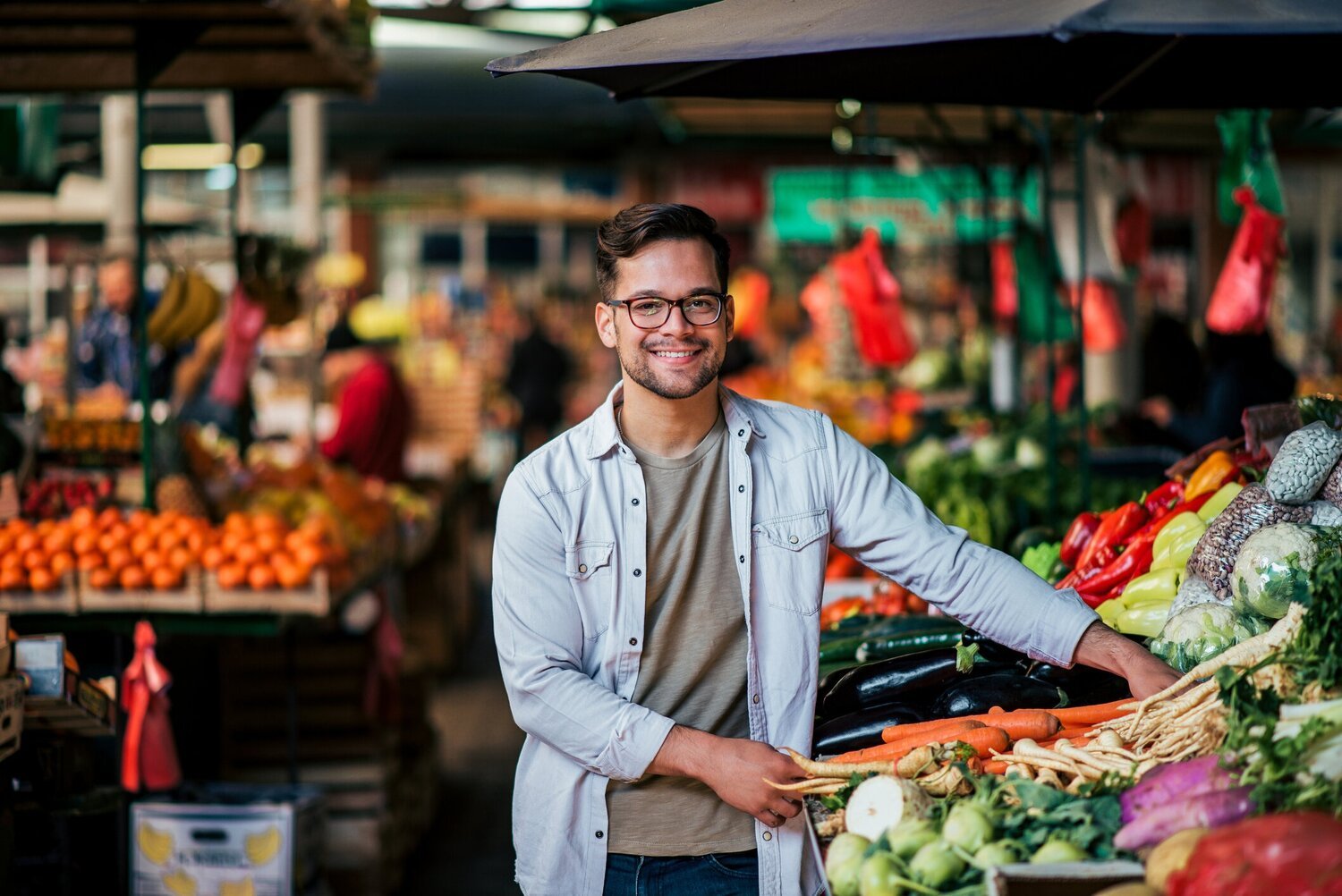 Once in a week.